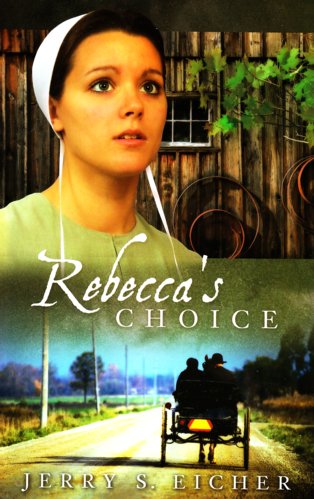 Popular Amish fiction author Jerry Eicher finishes the Adam's County Trilogy with an intriguing story of a young couple's love, a community of faith, and devotion to truth. Rebecca Keim is now engaged to John Miller, and they are looking forward to life together. When Rebecca goes to Milroy to attend her beloved teacher's funeral, John receives a mysterious letter accusing Rebecca of scheming to marry him for money. Determined to forsake his past jealousies and suspicions, John tries hard to push the accusations from his mind. Upon Rebecca's return, disturbing news quickly follows. She is named as the sole heir to her teacher's three farms. But there's a condition-she must marry an Amish man. When John confronts Rebecca, she claims to know nothing. Soon Rachel Byler, the vengeful but rightful heir to the property, arrives and reveals secrets from the past. Now the whole community is reeling!

When the Morning Comes, Sisters of the Quilt Series **

When the Heart Cries, Sisters of the Quilt Series **