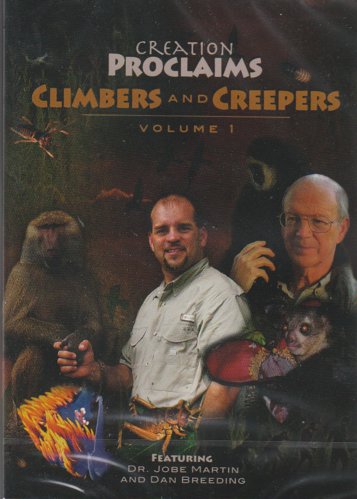 A brand new wildlife series featuring animal man Dan Breeding and Dr. Jobe Martin. In this first of a three-part television series you will come face-to-face with some of the world's most fascinating creatures-they are ferocious, mysterious, and at times hilarious, including Jobe! well hilarious that is. This volume includes Gibbons, Baboon, Aye-Aye, Hissing Cockroaches, Nudibranch and New Zealand's Wonder Weta. Adults and children alike will be inspired through the Biblical insights shown through God's creation in this series.

DVD - The Evolution Of A Creationist