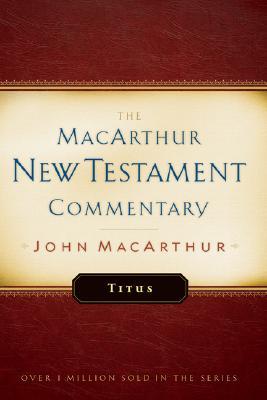 "They claim to know God, but by their actions they deny him." - Titus 1:16. Somewhere along the line we've lost the true meaning of being a Christian. These days, it seems that everyone who is not a follower of some other major world religion is considered a Christian. The United States is considered a Christian country, yet its declining morals, its tolerance of sin, and its growing disdain for any association with the Bible proves otherwise.In the third of the pastoral epistles, Paul reminds Titus that faith and actions go hand in hand. He emphasizes the importance of worthy conduct and instructs the church to teach sound Christian doctrine in the face of prevailing heresy.Join John MacArthur as he studies God's Word in order to understand and apply the instructions given in book of Titus.

Barnes' Notes on the New Testament