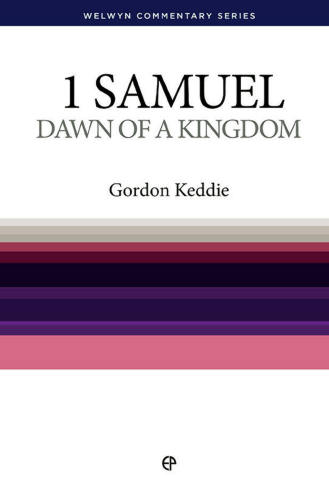 1 Samuel, Dawn of A Kingdom - WCS - Welwyn by Gordon Keddie and published by Evangelical Press.

The absolute sovereignty of God and the triumph of his righteousness are the principal themes of 1 Samuel. In tracing the development of Israel from the anarchy of the period of the Judges, from Samuel the prophet and kingmaker through Saul, the people's choice, to David, God's chosen king - the hand of God is seen at work.

The true consequences of rebellion against the Lord are shown. There is no glamour in the Bible's representation of sin. Saul clings to his sins and perishes. But the gospel shines through too. Samuel and David cleave to the Lord and are clothed with the robes of redemption. The reader is pointed to the victory of Christ, the true King of whom David is only a picture, who is saving his people from their sins this very day.

Glory of the Cross

Living in the Gap Between Promise and Reality