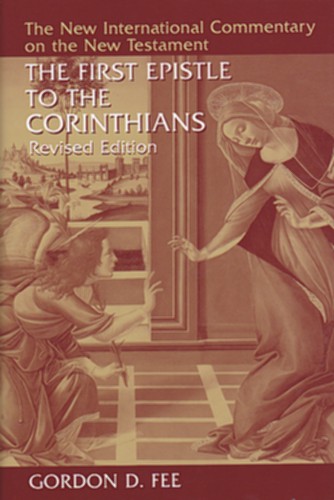 This book, Gordon Fee's first contribution to the NICNT series, was published in 1987 and is widely held to be an exemplary model of evangelical scholarship. Praise for this volume has only grown since its 1986 release and is now acknowledged as a classic--Fee's work here changed the way commentaries are conceived and written.

The First Epistle to the Corinthians [NICNT] is a readable exposition of 1 Corinthians clearly explaining Paul's ideas within their historical context and for contemporary theological reflection. Fee's interaction with other scholars is largely confined to footnotes, and text critical concerns (Fee's specialty) are extensively treated.

Highlights of this work include Fee's introduction (considered a scholarly masterpiece in itself), Fee's text critical work, and Fee's remarkable ability to communicate complex scholarly matters with clarity and crisp prose. This makes the commentary highly informative, but yet refreshing to read.

Marks of the Messenger