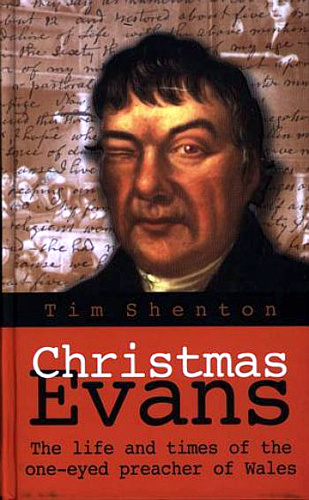 Christmas Evans - The Life and Times of the One-Eyed Preacher of Wales by Tim Shenton and published by Evangelical Press.

Christmas Evans has been acknowledged by many as ‘the greatest preacher that God has ever given to Wales’. Thomas Raffles, the Independent minister of Great George Street Chapel, Liverpool, acknowledged him to be ‘the mightiest preacher of the age’; the British prime minister, David Lloyd George, said, ‘One of the things that I should like to enjoy when I enter paradise is a preaching festival with John Elias, Christmas Evans, Williams of Wern and others occupying the pulpit. That is how these fathers of Nonconformity appeal to me.'

Dr Martin Lloyd-Jones speaks of ‘the great Christmas Evans, who, some would say, was the greatest preacher that the Baptists have ever had in Great Britain — certainly he and Spurgeon would be the two greatest’.

Defense of the Faith

The Works of Jonathan Edwards (2 vols)