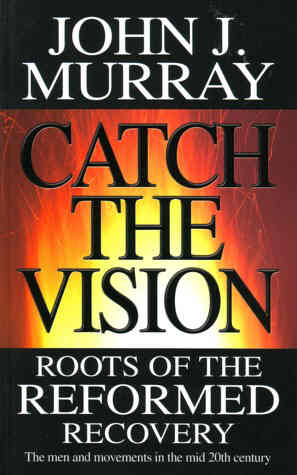 It is the belief of the author that a significant change came about in the history of the church in the United Kingdom in the middle decades of the 20th century. It was by and large a recovery of something that had been a reality in the church in past generations. Step by step men were led to see what was missing in the type of Christianity that prevailed for the first half of the century and began to direct their minds back to the glories of past eras.

It is instructive to trace the various strands which were woven together in the providence of God to bring about the recovery. In most cases it was the discovery of some treasure of Christian literature from a spiritually-favoured age that set the person on the course he took. We find in the unfolding of history how the flame that burned in the heart of a man of God at one time is years later re-kindled in another - as happened in the case of George Whitefield being directed to Scougal's Life of God in the Soul of Man, and in the life of the young C. H. Spurgeon to the writings of the Puritans.

The purpose of this work is to trace these providential links in the men and in the books that set in motion a recovery of the vision---looking at figures such as W. J. Grier, A. W. Pink and E. J. Poole-Connor. The central place is given to the influences that shaped the message and ministry of the leading figure in the recovery, Dr. Martyn Lloyd-Jones.

Our Hymn Writers and their Hymns