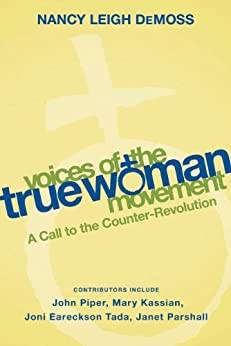 Nancy Leigh DeMoss. These voices launched the call to return to biblical womanhood.

Now they are the voices heard in communities, churches, and ministries worldwide.

of revival in "From Him, Through Him, To Him." Includes

A Guide for Personal Reflection and Small Group Discussion a robust 9-session study into a biblical way of thinking about womanhood.