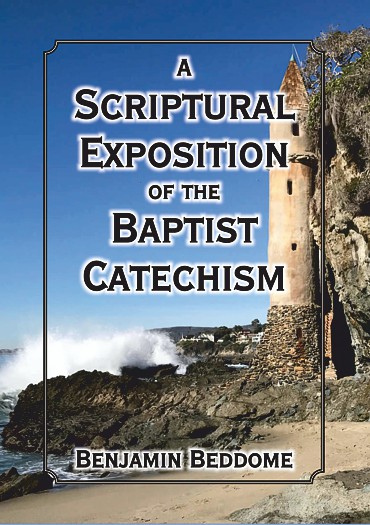 A Scriptural Exposition of the Baptist Confession by Benjamin Beddome and published by Classics.

During the early years of his ministry Benjamin Beddome (1717-1795) used Benjamin Keach’s ‘The Baptist Catechism’ extensively, but clearly felt that the questions and answers of this catechism needed to be supplemented by further material. So he composed what was printed in 1752 as ‘A Scriptural Exposition of the Baptist Catechism by Way of Question and Answer,’ which basically reproduced the wording and substance of the catechism drawn up by Keach, but added various sub-questions and answers to each of the main questions.

The Scriptural Exposition proved to be quite popular. There were two editions during Beddome's lifetime, the second of which was widely used at the Bristol Baptist Academy, which was the sole British Baptist seminary for much of the eighteenth century. In the nineteenth century it was reprinted once in the British Isles and twice in the United States, the last printing being in 1849.