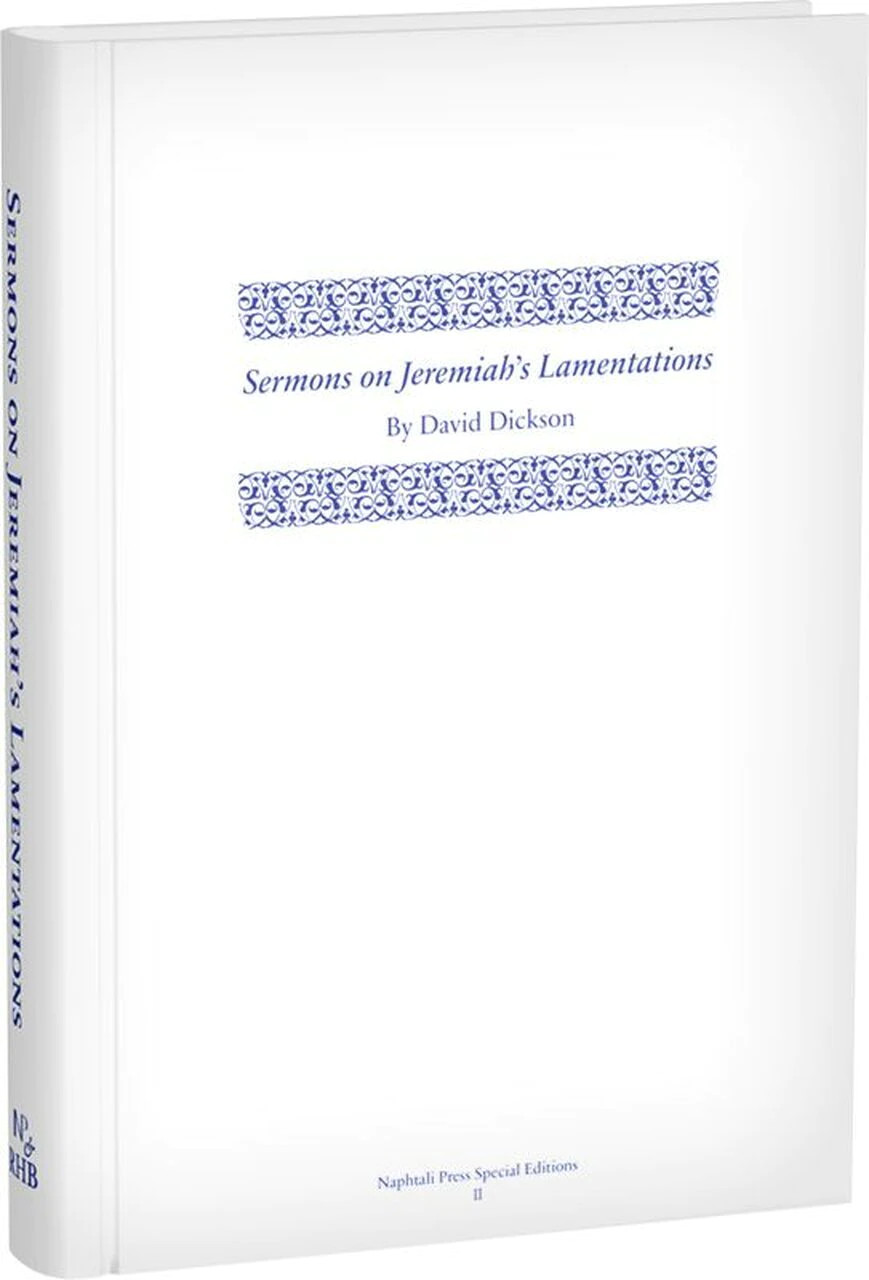 Sermons on Jeremiah's Lamentations by David Dickson and published by Reformation Heritage Books.

This rare, never-before-published volume powerfully expounds a neglected book of Scripture. David Dickson carefully applies Lamentations in a time not only of epidemic disease, international turmoil, economic devastation, and persecution but also of revival. There are clear parallels with our own time, particularly the unprecedented circumstances of upheaval in the nations of the world.

Dickson also deals with church decline and argues that its afflictions should cause us great sorrow. Yet he also shows how Lamentations gives those with such heavy hearts words with which to sorrow in hope. This edition has been carefully produced from notes taken by a member of Dickson’s congregation.

The Cities of Refuge, Or The Name of Jesus