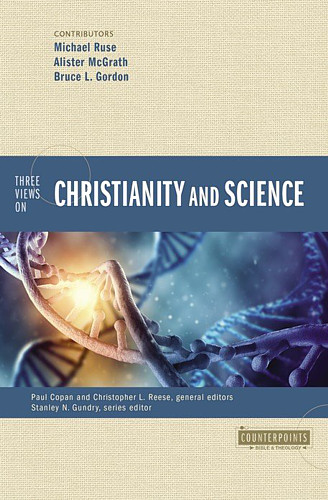 Three Views on Christianity and Science addresses both types of conflict. Featuring leading evangelical representatives, it presents three primary options for the compatibility of Christianity and science and models constructive dialogue on the surrounding controversial issues. The highlighted contributors and their views are: * Michael Ruse, Independence View — When functioning correctly, science and Christian theology operate independently of each other, seeking answers to different questions through different means.

* Alister McGrath, Dialogue View — Though the natural sciences and Christian philosophy and theology function differently, they can and should inform each other.

* Bruce L. Gordon, Constrained Integration View — Science, philosophy, and theology all contribute to our understanding of reality. Their interactions constrain each other and together present an optimally coherent and integrated picture of reality.

By engaging with the viewpoints of the contributors, readers will come away with a deeper understanding of the compatibility of science and Christianity, as well as of the positions of those who disagree with them. Scholars, students, pastors, and interested laypeople will be able to make use of this material in research, assignments, sermons and lessons, evangelism, and apologetics.