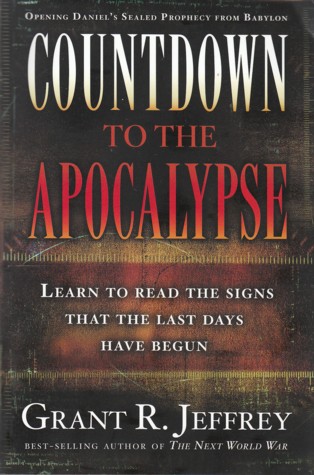 The millions of readers who devoured the Left Behind series will find in this book the Old Testament prophetic basis for the fictional stories told by Jerry Jenkins and Tim LaHaye. In his study of Daniel's visions, Grant Jeffrey establishes the accuracy of the prophecies by showing that Daniel knew the exact dates of Jesus' entrance into Jerusalem and his crucifixion a full six hundred years before the fact. This book is organized in two sections.

Part 1 describes the uniqueness of Daniel as a prophet. He was a Hebrew slave living in exile; he rose to a position of incredible prominence in ancient Babylon, and he had visions of precise details of end-times events that God revealed to no other Old Testament prophet.

In Part 2, the author explains the meaning of Daniel's visions for those living today. Using a unique interpretive grid, Grant Jeffrey has determined the dates of future end-times events based on Daniel's prophecies.

These events include the rise of the world dictator known as the Antichrist; the Tribulation period (comprising seven years of persecution); and the timing of the Battle of Armageddon (in which the Antichrist will be defeated). Beyond this fascinating timeline, Daniel also provided details on the origin, background, and characteristics of the coming Antichrist; described the Antichrist's political strategy and future rise to power; and revealed a schedule of major events during the Antichrist's reign.