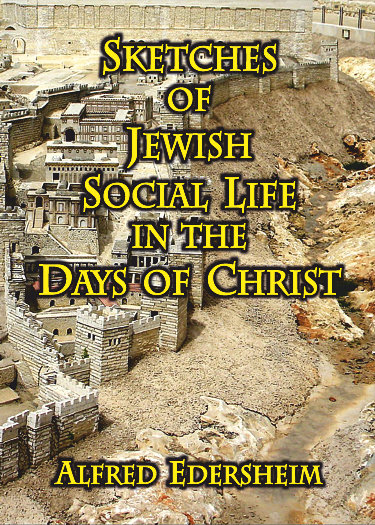 Sketches of Jewish Social Life in the Days of Christ by Alfred Edersheim and published by Classics.

Drawing upon Jewish, Roman, Greek and Christian texts Alfred Edersheim reconstructs a vivid image of life in Galilee, Jerusalem and Judea at the turn of the first millennium, Edersheim’s study covers a wide variety of subjects with chapters covering from how Jewish children were brought up to the position of various members of society, from women through to the Pharisees.

Written in accessible prose it is one of the most fascinating social histories of Jewish people to have ever been written.Although this area had lost its independence to the Romans in the First Century B.C. it was thriving under leaders like Herod the Great who were implementing monumental change, such as the expansion of the Second Temple in Jerusalem. Edersheim’s work therefore captures the life of a Jewish kingdom, that although was under the control of the Romans, still upheld a great deal of independence and had not yet begun to feel the full force of Christianity.