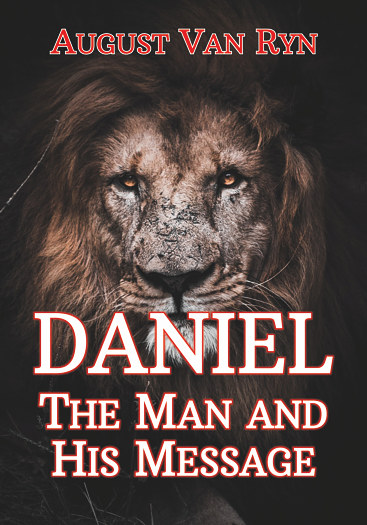 Daniel: The Man and His Message by August Van Ryn and published by Classics Publications.

Van Ryn writes in the introduction... “The composition of the book of Daniel is quite clear. It is divided in the middle with each section having six chapters. In the first six, attention is called to prominent ruler - Nebuchadnezzar, king of Babylon; Belshazzar, viceroy of the empire; and Darius the Mede. In the events unfolded, in Daniel’s interpretations of the dreams, and in his experiences we read the history of the gentile nations.

Though God’s people Israel during those thousands of years have been cast off as God’s peculiar people, yet God is deeply interested in them, and His eyes are ever upon them. They shall be His earthly people forever, and the book of Daniel closes with that blessed day in view. As the first six chapters present the “times of the Gentiles” (Luke 21:24) in story, the last six chapters give the same thought in visions and revelations given to Daniel, but with added detail.”