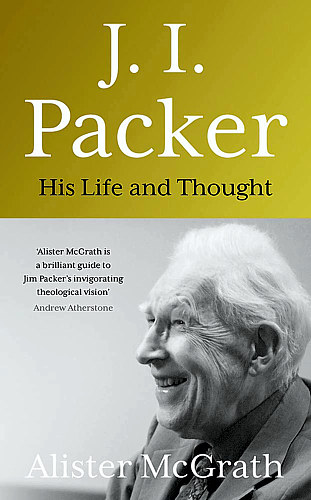 J I Packer - His Life and Thought by Alister McGrath and published by Hodder Faith.

J. I. Packer was one of the most influential evangelical theological and spiritual writers of the twentieth century, best known for his classic work of spirituality Knowing God. In the 1990s, Christianity Today readers named him one of the most influential theologians of the twentieth century, second only to C. S. Lewis. But who was Jim Packer, and what is the story of his own faith?

Bestselling author and friend of Jim's Alister McGrath tells his story, and in the process opens up how Packer's faith nourished and sustained him - exploring questions of theology and spirituality as they arise along the way. Alternating narrative with reflection, Alister sets out Packer's ideas and presents them engagingly, and in doing so helps to explain why Packer and his writing continue to be so helpful and useful to all on the journey of faith.

This beautiful tribute to a giant of the Christian faith is both a celebration of his life and the perfect introduction to his thought and writings for a new generation of readers.

A Life of Gospel Peace - Biography of Jeremiah Burroughs