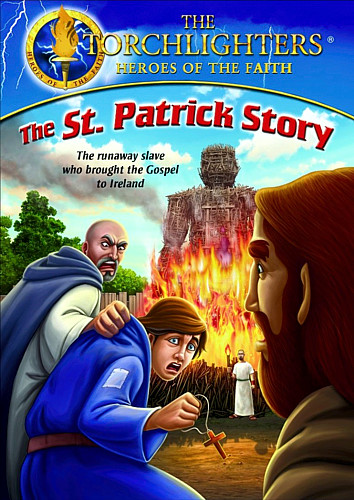 DVD - The St Patrick Story - Torchlighter Series, by Vision Video Far from home and at the mercy of the Irish pirates who kidnapped him, young Patrick is forced to spend his days tending sheep and surviving wild animal attacks. That is, until he calls out to the God of his youth. Long days spent aching for home become long days praying. After six years as a slave, Patrick hears a Voice urging him to make a daring escape. Once back home, Patrick feels called to become a priest and is eventually appointed bishop, but all this pales when he receives yet another calling of God—to take the Gospel to his former kidnappers. Find out why the man known as St. Patrick is credited with introducing Ireland to Christ in this episode of The Torchlighters.