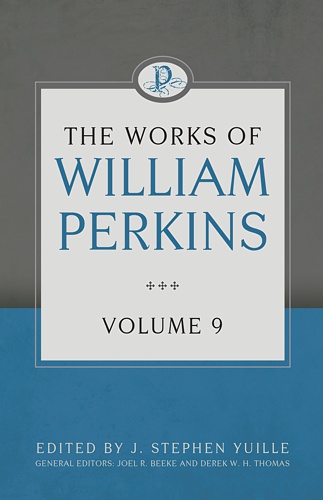 This ninth volume brings together nine of Perkins’s lesser known practical treatises and, by so doing, introduces the reader to important facets of his religion of the heart. It opens with two works on what it means to look to Christ: A Declaration of the True Manner of Knowing Christ Crucified and The True Gain. This is followed by A Faithful and Plain Exposition upon Zephaniah 2:1–2, which gives an earnest call to repentance, and The Nature and Practice of Repentance as well as The Combat of the Flesh and Spirit, which give systematic explanations of the doctrine of repentance.

A Treatise of Man’s Imaginations discusses man’s desperate need for renewal of mind. A Direction for the Government of the Tongue According to God’s Word argues that one’s speech is the most significant change related to a renewed heart. The volume finishes with A Discourse of the Damned Art of Witchcraft and A Resolution to the Country Man on Prognostication, which rebuke those who dally with occult practices.

Each treatise in this volume occupies an important place in Perkins’s experiential piety—what he himself described as “the more sincere profession of religion.”