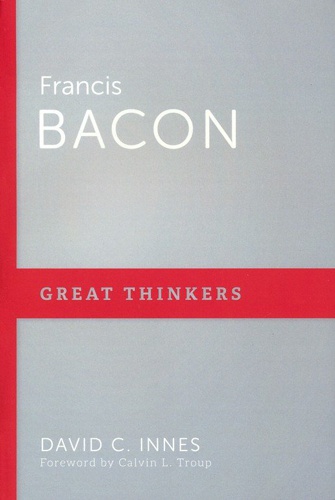 In the early 1600s, Francis Bacon transformed the world as we know it. For many centuries, populations had been subject to plague and famine on a scale difficult to imagine today, with little idea of their causes. In arguing that nature could be understood and systematically put to human service, Bacon changed the course of history, saving and improving countless lives. But his life and the repercussions of his work are mixed. Though much admired, he is difficult to understand. Was he a devout Christian? A Machiavellian political schemer? An unparalleled visionary? Was he the father of modern science, or merely its cheerleader? In this engaging critical work, Innes provides a compelling Reformed analysis of a complex man’s complex legacy.