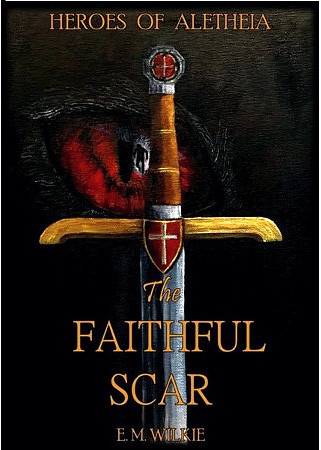 The Faithful Scar, Heroes of Aletheia Series by Eunice Wilkie and published by Ritchie Christian Media.

Bourne Faithful has made the most drastic choice of his life: he has joined the army of Err. He is now part of the fighting force that is heading to the deadly Mountains of Destruction. But their mission of mercy is a farce. An evil plot not only threatens the Bible Truth of Aletheia that Bourne has rejected, it also threatens him. Caught in a web of intrigue, fighting for his life, he will be tested as he never imagined. Until finally, he faces the most terrifying creature of Err. He has no hope of survival. No hope of mercy or salvation. Is there anyone who can save him? This story illustrates the Bible's message of salvation, and in particular explains the truth of Substitution; Bible references are also included. Suitable for teenagers and young adults.