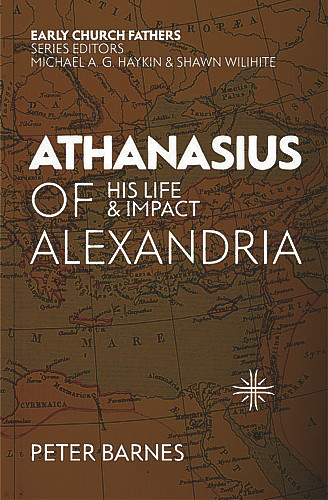 Athanasius of Alexandria - His Life and Impact by Peter Barnes and published by Christian Focus Publications.

From the foreword: Until his death in 373, Athanasius was the most formidable opponent of Arianism in the Roman Empire. Ultimately, for him, this fight was not a struggle for ecclesial power or even for the rightness of his theological position. It was a battle for the souls of men and women.

Athanasius rightly knew that upon one’s view of Christ hung one’s eternal destiny. As he wrote to the bishops of Egypt in 356: “as therefore the struggle that is now set before us concerns all that we are, either to reject or to keep the faith, let us be zealous and resolve to guard what we have received, bearing in mind the confession that was written down at Nicaea.” And by God’s grace, his victory in that struggle has been of enormous blessing to the church ever since.

Leon Morris, One Man's Fight For Love And Truth