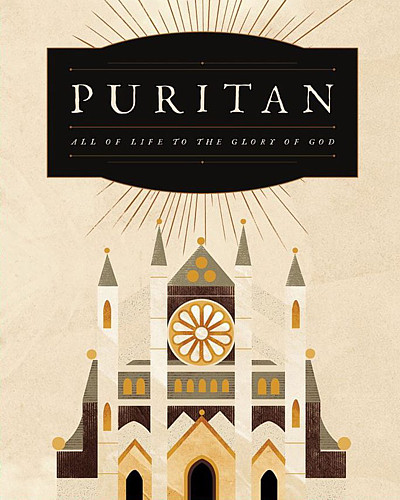 DVD - Deluxe DVD Study Set: All of Life to the Glory of God by Reformation Heritage Books. “The Puritans, as a body, have done more to elevate the national character than any class of Englishmen that ever lived. Ardent lovers of civil liberty, and ready to die in its defense—mighty at the council board, and no less mighty in the battlefield—feared abroad throughout Europe, and invincible at home while united—great with their pens, and no less great with their swords—fearing God very much, and fearing men very little—they were a generation of men who have never received from their country the honor that they deserve.”

Joyless. Severe. Fanatical. "Haunted by the fear that someone, somewhere, may be happy." That's the Puritan reputation. But to what extent is that reputation deserved? Drawing on the latest research, and featuring interviews with some of the most celebrated scholars in the field, this beautiful and atmospheric new documentary takes us from the birth of Puritanism all the way through to its influence in the present day.

WORKBOOK - Built around the teaching sessions for Disc 2 and 3.