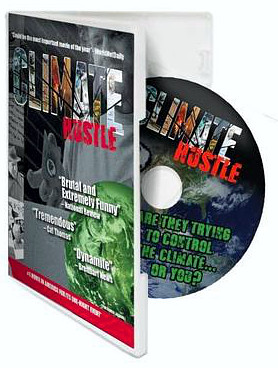 Scorching temperatures. Melting ice caps. Killer hurricanes and tornadoes. The end of civilization as we know it! Are emissions from our cars, factories, and farms causing catastrophic climate change? Or is man-made global warming an overheated environmental con job?

Climate Hustle answers these questions, and many more. Hosted by award-winning investigative journalist Marc Morano, this groundbreaking film leads viewers on a fact-finding and often-hilarious journey through the propaganda-laced world of climate change claims. It exposes the myth of the 97% scientific consensus, debunks hype about temperature and extreme weather, and introduces viewers to key scientists who have reversed their views and converted to skepticism.