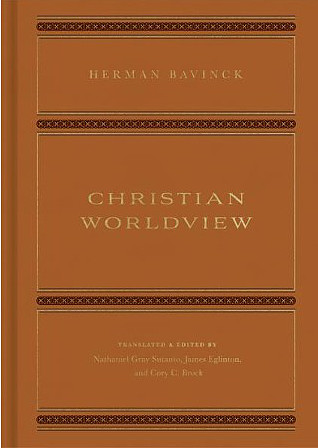 Christian Worldview by Herman Bavinck and published by Crossway Books.

Since his Reformed Dogmatics was translated into English in the last decade, 19th-century Dutch theologian Herman Bavinck has gained wide popularity among pastors and theologians in the 21st century. Christian Worldview, another of his foundational works, is here translated into English for the first time, introducing more of Bavinck’s ideas to a contemporary audience. This book was originally written in response to the challenges of modernity, such as the loss of unity of the self, increasing political tension, the rise of scientism, the reduction of humanity to the merely physical, and more - challenges that continue to reverberate in our day and age.