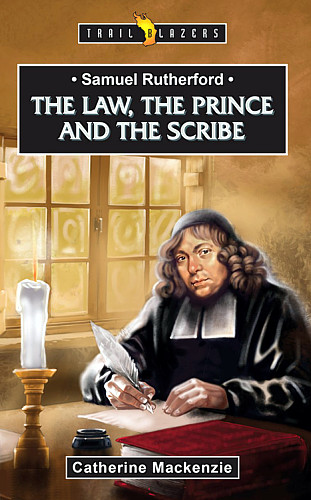 The Law, the Prince and the Scribe, Samuel Rutherford - Trailblazers by Catherine MacKenzie and published by Christian Focus Publications.

When Samuel Rutherford picked up his pen he changed lives, maybe even across continents. What he wrote influenced the American constitution but where his real power and passion was felt was in the letters that his warm pastor’s heart wrote to the people of his parish. His book Lex Rex was burned on a pyre but his notes of comfort and wisdom were cherished by those he cared to guide and counsel.

Accused of treason he died of illness before there was time to make him a martyr and on his gravestone today, just west of the Bell Tower in St. Andrews Cathedral are engraved the striking words that sum up his life, ‘Acquainted with Emmanuel’s Love’.