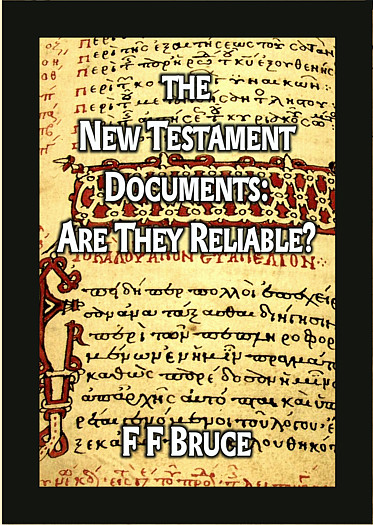 The New Testament Document: Are they Reliable? by F F Bruce and published by Classics.

Since Christianity claims to be a historical revelation, it is not irrelevant to look at its foundation documents from the standpoint of historical criticism. Historical and philological lines of approach have, of course, their limitations. They cannot establish the Christian claim that the New Testament completes the inspired record of divine revelation. But non-theological students, for whom he book was written, are, in my experience, more ready to countenance such a claim for a work which is historically reliable than for one which is not.

It is, indeed, difficult to restrict a discussion of the New Testament writings to the purely historical plane; theology insists on breaking in. But that is as it should be; history and theology are inextricably intertwined in the gospel of our salvation, which owes its eternal and universal validity to certain events which happened in Palestine when Tiberius ruled the Roman Empire.