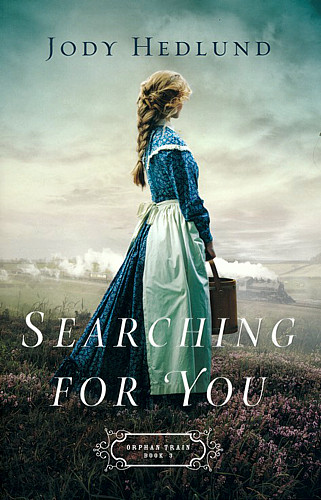 Searching for You, Orphan Train Series by Jody Hedlund and published by Bethany House Publishing. Despite years on the run, Sophie Neumann is determined to care for two young children. She won't abandon them the way she thinks her older sisters abandoned her. But times are growing desperate, and when she falls in with the wrong crowd and witnesses a crime, she realizes fleeing 1850s New York is her only option.

Disappearing with her two young charges into a group of orphans heading west by train, Sophie hopes to find safety and a happy life. When the train stops in Illinois for the first placement of orphans, Sophie faces the most difficult choice of her life. Reinhold Weiss has finally purchased his own small farm. With mounting debts, a harvest to bring in, and past scars that haunt him, he's in no position to give his heart away but can he say no when his long-lost friend shows up on a nearby train pleading for his help?

Chequebook of the Bank of Faith Journal

The Lady and the Officer, Civil War Heroines Series

Amelia and the Captain

For the Rest of My Life

The Matchmaker, The Amish Classics Series