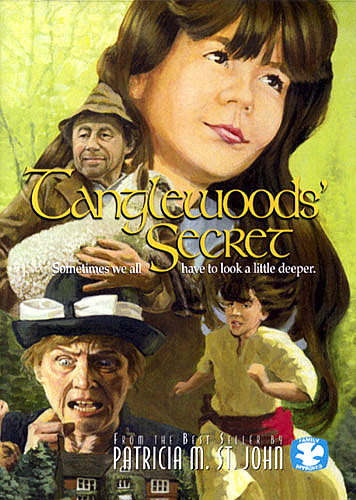 This delightful family film tells the story of Philip and Ruth, 10 and 8, who are staying with their rather strict Aunt Margaret in the south of England while their parernts are overseas during the late 1940's. While building a secret hideout in the woods, the children meet Terry, a gypsy boy who shares the secrets of the forest with them.

Ruth is impetuous and outspoken and is usually getting into trouble of one kind or another. When her aunt suggests that maybe a boarding school would teach her to be better mannered and not so obstinate, ruth runs away from home. She spends the night sleeping in a church. In the morning, the Reverend Robinson finds her and tells about the Good Shepherd and his love for lost sheep, just like her. She returns home much happier.

Later, when Terry falls from a tree and suffers a long illness, Ruth and Philip do all they can to help him. Eventually he dies, and when Ruth asks many challenging questions about death, she hears a beautiful parable about a chestnut planted in the earth. This delightful film will challenge audiences of all ages to reflect upon life and its ultimate meaning.

What is the Trinity - BORF