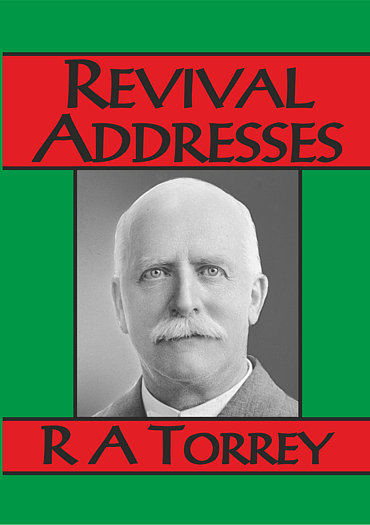 Revival Addresses by R A Torrey and published by Classics.

Reuben Archer Torrey is one of the great American writers and preachers of the evangelist movement of the 20th century. His work as a pastor and educator has shaped the believers understanding of the fundamentals of the Christian faith. Graduating from Yale with further studies at Leipzig University and Erlangen University it is no wonder why this great orator has become one of the most read of all Christians authors.

Here in this book are a collection of seventeen of his great revival addresses which according to Torrey that the Lord has been pleased “to so greatly use in Japan, China, Australia, Tasmania, New Zealand, India, England and Scotland.”