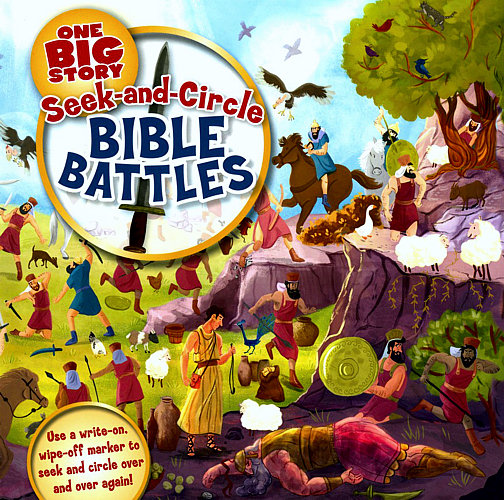 Maybe you've heard about the battle of Jericho and David's battle against Goliath, but what about the day the sun stood still? Inside this book, explore six of the major battles from the Bible, filled with dozens of items for you to seek and circle! Every battle scene also has something to tell us about God's plan for His people through His Son, Jesus. For an added challenge, look for the six pieces of the armor of God as you explore each battle. Use a wipe-on, wipe-off marker to seek-and-circle over and over again!