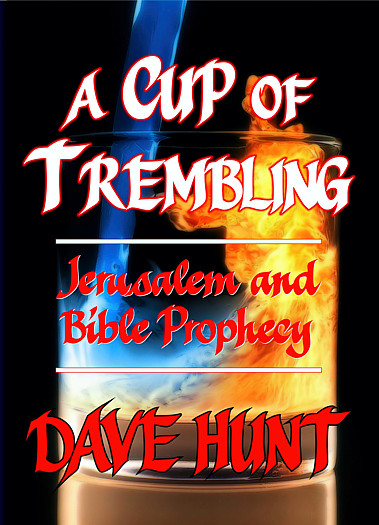 A Cup of Trembling: Jerusalem and Bible Prophecy by Dave Hunt and published by Classics.

Is the Stage Being Set for the Grand Finale? Jerusalem, mentioned as astonished 800 times in the Bible, is prophesied to play a key role in the destiny of the world. Scores of Biblical prophecies concerning Jerusalem have already come to pass, as will those yet to be fulfilled.

Jerusalem’s most staggering history is still to be written. Fast-moving events in the Middle East point almost on a daily basis towards the Grand Finale. This will be the time of greatest suffering for Jewish people world-wide, which will climax in the terrifying battle of Armageddon and the glorious return of the Messiah. And He will come to rescue Israel and reign over the world from David’s re-established throne in Jerusalem.

Israel and The Blessing of the Tribes

Prophecy in Light of Today