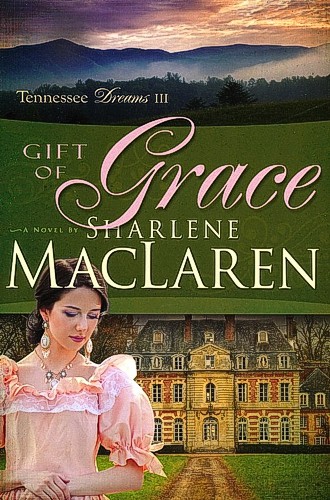 It was a leap of faith for Grace Fontaine to bid farewell to her beloved fiance, Jess Travis, and send him on a four-month stint on the transatlantic luxury liner The Lone Star. But the trip from Boston to London and back again would increase his salary fivefold and would bring the couple that much closer to realizing their dream of marrying and starting a family. When Grace learns that the ship was captured by pirates, her hope deflates and it eviscerates entirely when the pirate ship is apprehended, with no survivors reported.

Two years later, Grace receives word from a doctor in Paris, Tennessee, that her wealthy great-aunt, Iris Brockwell, is on her deathbed and requires round-the-clock care. Grace volunteers, figuring there is nothing left for her in Boston. It isn't long after her arrival in Paris that she meets a charming, driven lawyer named Conrad Hall, who wastes no time sweeping her off her feet and soon proposes marriage. Given his promises to love, protect, and care for her and her great-aunt, how can Grace refuse? Weeks before the wedding, an unexpected guest shows up and threatens to throw a wrench in the plans. Will Grace go through with her marriage to Conrad? Or will an unforeseen turn of events change her mind?