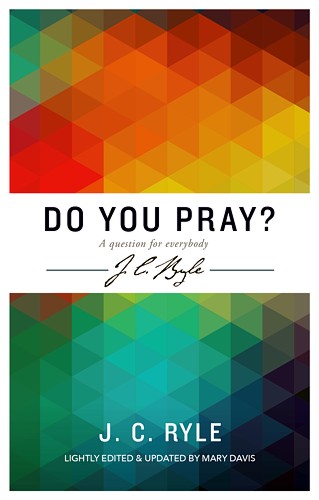 Do You Pray? A Question for Everybody by J C Ryle and published by Evangelical Press.

JC Ryle was a faithful evangelical Christian and prolific writer as well as Bishop of Liverpool; his larger works such as Holiness and Practical Religion have never been out of print since they were written in the later nineteenth century. But Ryle also wrote shorter works that are of great value. In this new series these have been lightly updated and produced for the twenty-first century church. The needs that Ryle identified and that led him to write have not changed!

Do You Pray? challenges all Christians in a day when prayer meetings are in decline and personal serious prayer is increasingly rare. Ryle’s approach is simple and straight- forward and easily understood by both young and old.