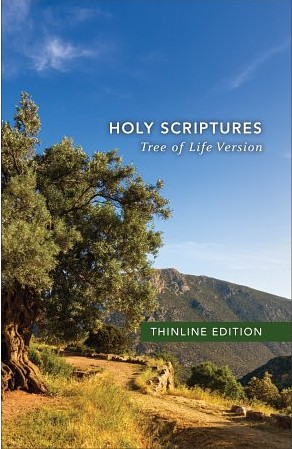 Because the first Christians were Jews, Christianity has its roots in the religion of God's chosen and called-out people. Jesus' death and resurrection was not the beginning of a new religion but the fulfillment of the covenant God made with his people. Yet most Bible translations sacrifice the deep connection between the Jewish roots of our faith and the grafted-in Gentile branches, using imprecise English terms rather than Hebrew terms that encompass a fuller meaning.

The Tree of Life Version (TLV) is a new Bible translation, produced by the Messianic Jewish Family Bible Society, which highlights the rich Hebrew roots of the Christian faith by restoring:

* The Jewish order of the books of the Old Testament * The Jewish name of the Messiah, Yeshua * Reverence for the four-letter unspoken name of God * Hebrew transliterated terms, such as shalom, shofar, and shabbat.

The TLV Translation Committee - The Tree of Life Version translation committee of Messianic Jewish and Christian scholars. Working from the original biblical languages their goal is to render in English a biblical text that is accurate, readable, reverential, and true to the Hebrew roots of the Christian faith.

Hebrew for the Rest of Us