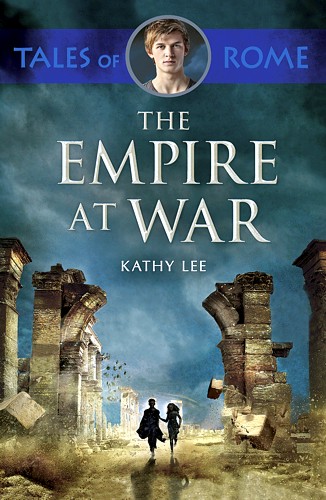 The Empire at War, Tales of Rome Series by Kathy Lee and published by SPCK Publishing.

In this new title, Bryn, who was previously enslaved in Rome where he became a Christian, is now 15 and living in his British homeland. A friend arrives from Gaul with news that the hated persecutor of Christians, Emperor Nero, is dead. Felix persuades Bryn to return with him to Rome, where there is turmoil and Christians are still under threat. On the way they stop off in Massilia (current day Marseilles) where they meet Lazarus and hear the story of how Jesus raised him from the dead. Many threats and adventures lie in wait as Bryn and Felix head back to Rome as another emperor is about to take power.