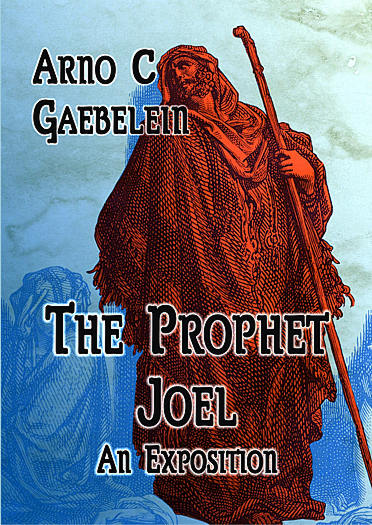 The Prophet Joel - An Exposition - CCS by Arno C Gaebelein and published by Classics.

The book of Joel mentions the phrase “the day of the Lord” five times, but what does this phrase mean? And what does the day of the Lord have to do with the present? Gaebelein expresses bewilderment that God’s people in the present age, standing at the threshold of the fulfillment of many of the predictions in Joel, neglect intentional study of this important prophecy.

The book of Joel tells us little about the prophet, but much about the dire situation of Israel. Swarming locusts, severe drought, and invading armies threaten to undermine Israel’s existence, and they cast doubt on God’s promises. But in the end, God has mercy, and he promises to pour out his Spirit on the people—a telling prophecy, both then and now, given the trials.

This exposition of Joel divides the book into manageable sections and analyses each one, with a keen eye toward prophecy and prophetic fulfilment.