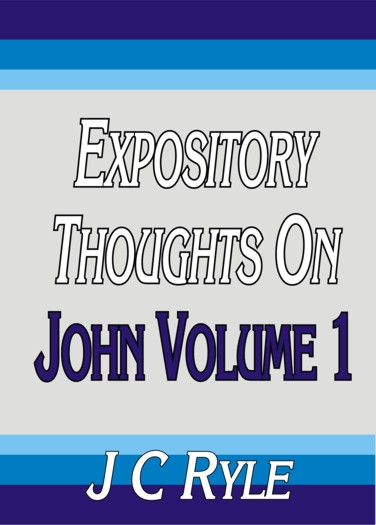 The long gap between the publication of Luke (1858) and the appearance of the first volume of John (1869) is explained by the loss of Ryle’s second wife, Jessie, in 1860), his being responsible for the care of his five children (the eldest being just thirteen years of age at the time), and his move to Helmingham to the much larger parish of Stradbroke in 1861, with the greater burden of work that entailed.

The Ladies of Ivy Cottage, Tales From Ivy Hill Series

Do You Pray? A Question for Everybody