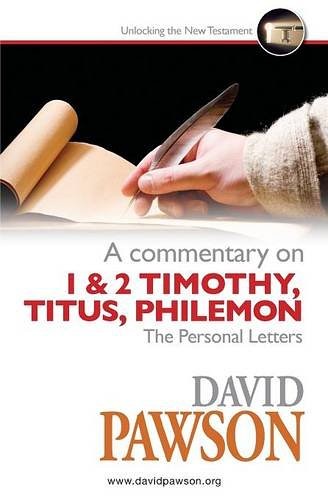 A Commentary on The Personal Letters, Timothy, Titus & Philemon by David Pawson and published by Anchor Recording Limited.

Paul's letters to Timothy and Titus have sometimes been labelled his 'Pastoral Epistles'. Scholars have assigned them to a later period in Paul's ministry, when churches he founded were more settled in structure, perhaps after release from his first imprisonment in Rome and during a second (which may be true). Others postulate a later pseudonymous writer, claiming to be Paul (which may not be true). The fact is that all Paul's letters are 'pastoral' in content, full of paternal care and concern for his converts and their fellowships. What really distinguishes these is that they are addressed to individuals rather than churches. So it seems more appropriate to classify them as his 'Personal' correspondence.

Why Men Hate Going to Church