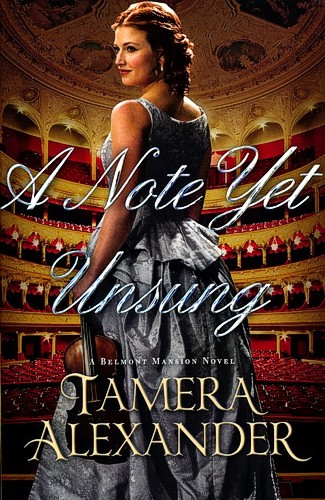 A Note Yet Unsung, Belmont Mansion Series by Tamera Alexander and published by Bethany House Publishers.

This is the third novel in the Belmont Mansion series about a gifted woman who was truly a woman before her time. As a young child Rebekah’s father had taken her to the symphony; inspiring her and setting her dreams in motion. She spends most her life struggling to play in the symphony.

Rebekah grew up in Nashville, Tennessee. She was very close to her grandmother, who was a Godly woman, yet had an estranged relationship with her mother. Later in life she meets Tate, the composer of Nashville’s first philharmonic. She judges him before fully getting to know him. In the end God’s lessons will humble her more than she ever thought possible.

Closer to God Each Day