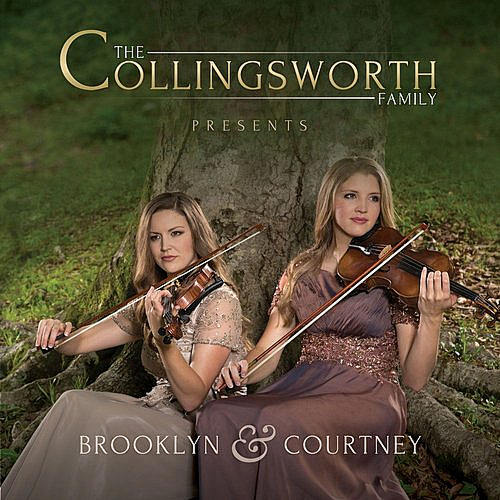 CD - Brooklyn & Courtney by the Collingsworth Family and published by Integrity.

After touring for 17 years and performing live literally thousands of times, with multiple requests, Brooklyn & Courtney Collingsworth now present their first violin duet CD. Including on the album many of the favorite classics they have performed live against the years. In addition to adding several brand new arrangements, the girls join members of the Nashville Symphony Orchestra in a great arrangement of YOU RAISE ME UP, as well as branching out into some fun fiddling on KEEP ON THE FIRING LINE. With 10 great selections arranged, produced, and accompanied by Kim Collingsworth with tracking and orchestrations by Wayne Haun, this new offering from THE COLLINGSWORTH FAMILY will be a wonderful addition to your musical library. Song List:

Keep On The Firing Line

What A Friend We Have in Jesus

Bach Concerto in D Minor/Great Is The Lord

Let There Be Peace on Earth

You Raise Me Up

A Woman's Daily Walk With God

CD - The Lord is Good

Loving God with All Your Mind