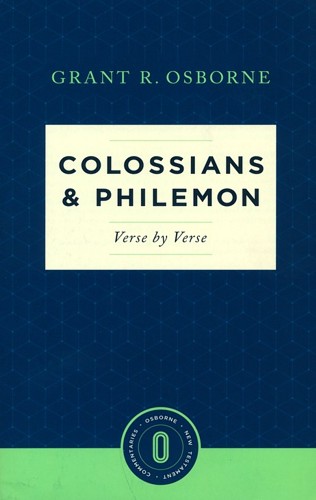 While the apostle Paul was in prison, he wrote to the Colossian Christians to help them maintain their focus on the lordship of Jesus against the claims of false teachers that had snuck in among them. At the same time as he sent this letter to the wider church, he also sent a short letter to his friend and coworker Philemon that displays Paul's masterful skill at conflict resolution.

In Colossians & Philemon Verse by Verse, respected biblical scholar Grant R. Osborne carefully and accessibly makes sense of these two important letters, while at the same time drawing on his years of scholarly research on the New Testament. The result is a clear exposition of Colossians and Philemon, explaining what they meant in their first-century setting and what they mean today.