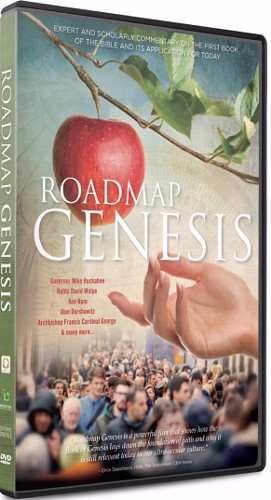 “Roadmap Genesis” is a film that makes the case that the biblical book of Genesis is a road map containing guideposts on how to live a productive, fruitful, and fulfilling life. That kind of life will help society lift itself out of its current decline and return it to prosperity, promise and accomplishment.

When filmmaker Nolan Lebovitz found himself at a crossroads in his life, he knew he had to choose between continuing to make the Hollywood suspense thrillers that were his livelihood and trying to make the world a better place for his new, young family. After much struggle, he found his answer in the book of Genesis. Armed with this discovery, Nolan made a drastic life change. He decided to study to become a rabbi. As his seminary work progressed, he realized that he needed to share his epiphany with others. But how?

He decided to combine his love for the book of Genesis with his passion for film-making and set out to travel the United States, interviewing clergy and public figures in order to build an undeniable argument about the continued importance of the book of Genesis as a guiding force in our Judeo-Christian country.