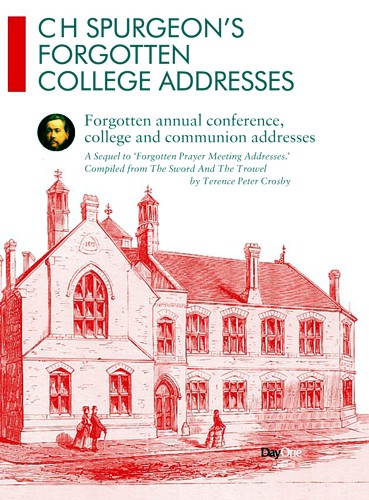 C H Spurgeon's Forgotten College Addresses by C H Spurgeon, compiled by Terence Peter Crosby and published by Day One Publications. Spurgeon’s magazine, The Sword and the Trowel, provided the material for various collections of his addresses and writings compiled after his death in 1892. Among these was An All-Round Ministry, published in 1900 and containing twelve of his Presidential addresses at the Annual Conference of the Pastors’ College. In addition some of the lectures in the four volumes of Lectures to my Students had appeared first in The Sword and the Trowel, which was also the source of the twenty-one communion meditations and addresses published in 1896 as Till He Come.

Why Are You Here?

The Lord's Supper as a Means of Grace