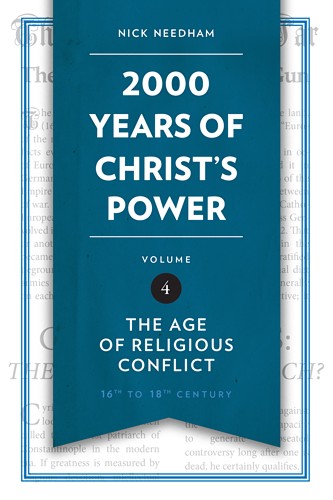 2,000 Years of Christ's Power Vol. 4, The Age of Religious Conflict by Nick Needham and published by Christian Focus Publications.

The Renaissance and Reformation were exciting times of learning and discovery - they pushed the boundaries of accepted thought. The repercussions of this, however, were that they left in their wake a period of universal uncertainty. The centuries-old status quo had been turned on its head. Nothing was stable anymore. Conflict ensued.

The fourth volume of 2,000 Years of Christ's Power spans from the 16th to the 18th century. It presents a time from which English Protestantism, Scottish Presbyterianism, and French Catholicism, to name only a few, were birthed and refined. Perhaps few eras have had such a direct impact on the characteristics of our own period of history.

Shadow of Christ in the Law of Moses

Bread of Heaven - The Life and Work of Williams Pantycelyn