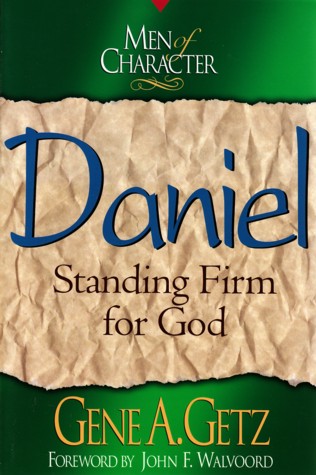 The familiar story of Daniel and the lion's den- the fantastic tale of God's fidelity to his dedicated servant- is only the starting point for this volume in the Men of Character Series. Getz digs deep into the story of Daniel and then draws modern parallels with the remarkable true story of a young man torn away from his family, thrust into an alien land, then revered as one of its great leaders. Daniel's political & spiritual odyssey still applies in modern society. The Men of Character series highlights the lives of men in the Bible whose relationships with God we can learn from today. Each of these leaders faced trails, frustations, and failure yet was inspired by God to achieve great goals. In a world where Christian role models seem increasingly rare, this series reminds us that some of the most worthy examples of godly character are the biblical figures who brought power, wisdom and inspiration to God's people through the ages.