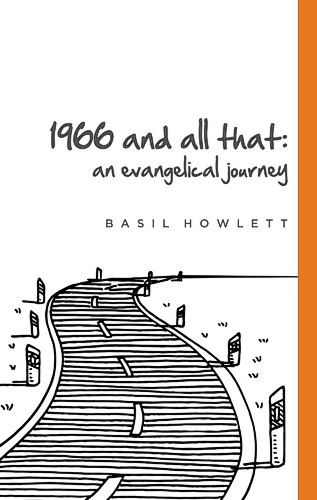 1966 and All That, An Evangelical Journey by Basil Howlett and published by Evangelical Press.

On 18 October 1966, Dr Martyn Lloyd-Jones, minister of Westminster Chapel and probably the greatest preacher of the 20th century, addressed a densely packed meeting in London and made an impassioned appeal for evangelicals who were divided up among the denominations to come together ‘as a fellowship or association of evangelical churches’ and to stand together for the gospel. The chairman, John Stott, feared that many people would be stirred into action and, although he had already given his own views earlier in the meeting, he arose at the end of the address, not to close the gathering, but to contradict what had just been said. His words were ‘I believe history is against what Dr Lloyd-Jones has said ... Scripture is against him.’ Basil Howlett was there that night.