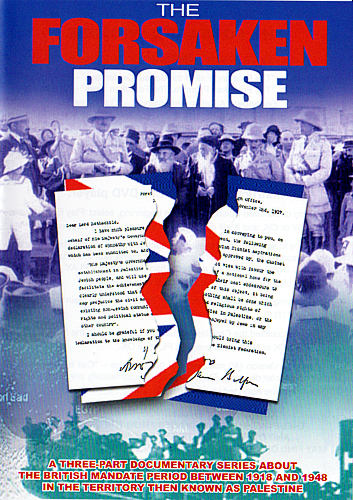 DVD - The Forsaken Promise by Hatikvah Film and distributed by Kingsway Trust.

The Forsaken Promise, a 3-part documentary series, highlights a number of tragic events that took place during the British mandate period between 1918 and 1948 in the territory known as Palestine, mainly through the testimonies of those who were either victims of those events, participants in them, or eyewitnesses to them, including the Late Derek Prince.

There are many church leaders in Britain who are crying out for the restoration of God’s favour and blessing upon the United Kingdom country, and there are some who believe that the Lord has not forgotten our spiritual heritage as a Christian nation. Could the history documented in ‘The Forsaken Promise’ be a key component of the nation’s recovery?

In the Days of the Kings

Every Prophecy of the Bible