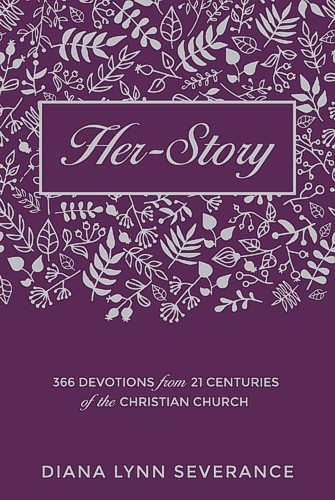 Her-Story, 366 Devotions from 21 Centuries of the Christian Church by Diana Lynn Severance and published by Christian Focus Publications.

Women were an integral part of Jesus' life and ministry as described in all four Gospels, and they are integral to the life of the church wherever Christianity has spread. In whatever position they found themselves, whether queens or slaves, they lived for their Saviour and sought to bring others to Him.

Her-Story brings together well-known names, such as Fanny Crosby and Joni Eareckson Tada to lesser known Christians from across the centuries, in 366 devotions. The recurring theme - their love for Jesus.

Far Above Rubies, The Life of Bethan Lloyd-Jones

My Rock; My Refuge

Exodus - The Lord and His Pilgrims, 40 Undated Devotions

Hungry for More of Jesus