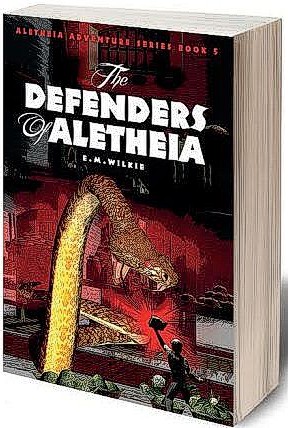 The Defenders of Aletheia by Eunice Wilkie and published by Ritchie Christian Media.

The fifth book in the Aletheia Adventure Series is the second in a trilogy about an attack on the city of Aletheia, the city of Bible Truth. In this story, the Water of Sound Doctrine has been polluted, the city boundaries are overcome, and the city has been invaded by the people and creatures of the land of Err. Follow the adventures of familiar characters and children from the earlier Aletheia books as they go underground, back to the foundations of Alethia beneath the cross and pray and plan to overcome their enemies.

David Livingstone - Who is the Bravest? (Little Lights) - LLS

Hudson Taylor - Could Somebody Pass the Salt ? (Little Lights) - LLS