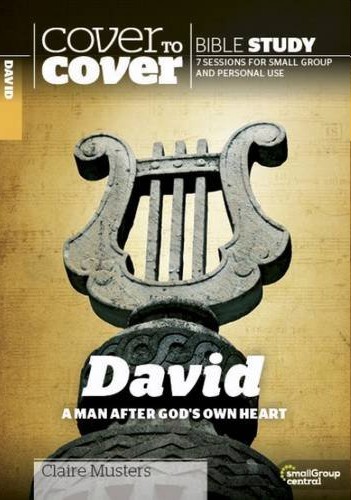 Cover to Cover Bible Study - David, A Man After God's Own Heart by Claire Musters and published by CWR.

Old-Testament hero David was a giant-killer, worshipper and became one of Israel's greatest kings. And yet he was also an adulterer, murderer and pretty poor parent. The Bible reveals it all to us, and there is much that we can glean from both his victories and mistakes that is useful for us today. In this study, Clare Musters will: explore David's faithfulness; look at the honesty with which David expressed his emotions before God; explore the almost child-like delight David took in worshipping God; show how God didn't make David immune to the consequences of his actions; and reveal the importance of quick repentance in those moments when we don't live out our faith well.

Cover to Cover Bible Study - Elisha: A Lesson in Faithfulness

Heaven in Your Eye, Earth in Your Heart