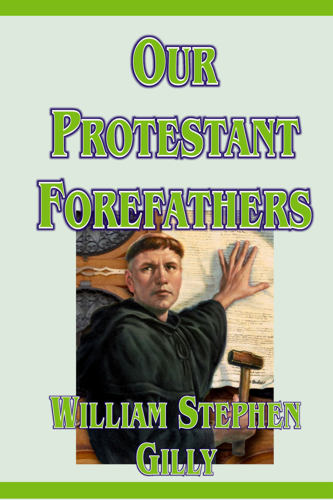 Our Protestant Forefathers by William Stephen Gilly and published by Classics.

The purpose of this book is to clearly demonstrate the profound and radical difference between Roman Catholicism and true Biblical faith.

Throughout the history of the church, there have been faithful and diligent believers who have protested again the corruption, deceit and distortion which originated from the heart of man rather than God’s revealed word.

It has fourteen sections with deal firstly with the differences between Roman Catholicism and the true Biblical faith and how from the time of Irenaeus throughout history until the reformers, “Protesters” again the rule of Rome have been vocal and willing to die for the truth of the word of God.

Gilly reveals who these Protesters are and their lasting legacy on the Reformed faith.

What Is Experiential Calvinism? - CBG

Baptists: The Only Thorough Religious Reformers

The Hymns of Philip Doddridge